On March 22, I will attend the Key Bank Broadway Series launch event, at which the shows for next season will be announced. This will be the first season to run each show for 3 weeks (a fact Playhouse Square is REALLY driving home). It doesn’t seem like we’ve had an issue getting first-tier tours to stop here before adding a third week, so I’m curious what effect this will have on the line-up. Does it make us more or less likely to get a show like The Bridges of Madison County to stop here? Would Idina have added Cleveland to her list of If/Then cities it we had or 3rd week? I know literally nothing about how these decisions are made, so this kind of speculating is pointless. That being said, I have been looking into what OTHER cities have planned for 2016/2017 (though most have not announced their season’s yet either) and have created the following list of possible shows. This is probably 50% prediction and 50% wish list.

“I Ain’t Down Yet” lists shows that I wanted to come last year and didn’t, but appear to be making bookings in other cities next season.

The shows in RED are my best (if random and totally uninformed) guesses and to what will be announced on March 22.
GOD I HOPE I GET IT
I AIN’T DOWN YET
POSSIBLE…VERY VERY POSSIBLE
I may update this list periodically as more cities announce shows. I will try to make revisions clear 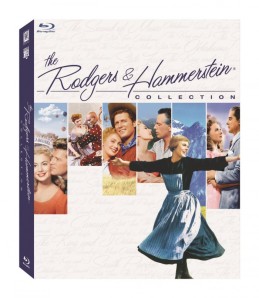 I recently purchased the Rodgers & Hammerstein Collection on Blu-Ray. This is the first Blu-Ray I have ever owned. (Fitting, since The Sound of Music was the first DVD I ever bought). I don’t have a blu ray player, but my gentleman friend does, so when the collection was on sale as an Amazon “Gold Box” deal, I couldn’t resist the temptation to buy it. The collection has come under some user-generate criticism for the uneven quality of the restoration/color correction. Two films (The Sound of Music and South Pacific) had been received top-notch restorations  individual releases prior to the creation of this collection. Carousel, The King and I, and State Fair have been “color corrected” with what appears to be questionable success (I have not yet look at them).  Oklahoma! is given two releases. One, a “Road Show” version, is taken from the 70mm Todd-AO print, while the other is based on the Cinemascope print.  I, along with my patient gentleman friend, watched the Todd-AO print, which one reviewer dubbed “the jewel of the collection.” (Click here for information on why the film exists in these two formats.) END_OF_DOCUMENT_TOKEN_TO_BE_REPLACED